What Makes a Kickstarter Campaign Successful

Kickstarter campaigns are an amazing way to get a creative idea off the ground running, all without putting your own hard-earned money on the line or having to apply for a bank loan. Creating and running the campaign right has the ability to boost brand awareness, increase leads, improve social media engagement, and so much more.

To top it off, they’re an epic way to let your creative juices flow and do something unique with your brand marketing. A successful Kickstarter can lead to all of these benefits and more, but the keyword here is successful.

Unfortunately, many Kickstarter campaigns fail to find that success; over 60% of Kickstarters don’t meet their funding goals. That means no boost in brand awareness, no increased leads, no social media engagement… all that creativity for nothing.

So what does it take to make a Kickstarter campaign successful? Keep reading to find out! We’ve covered five strategies for making your next campaign through Kickstarter a successful one. 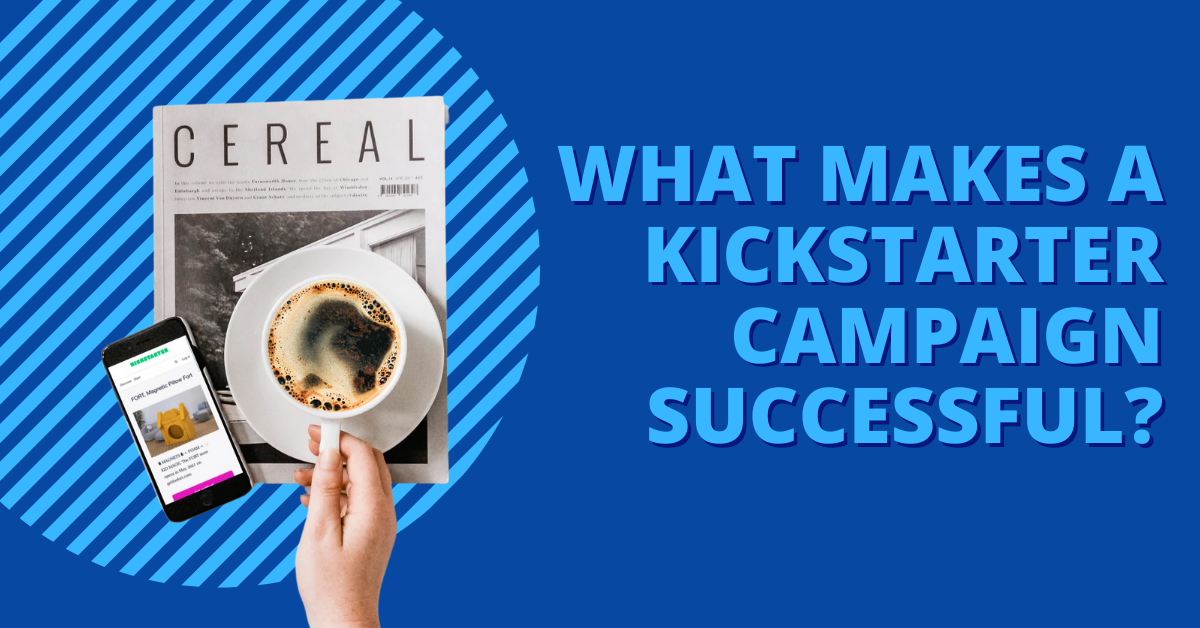 What Is a Kickstarter Campaign?

Before we get into the success strategies below, let’s quickly go over what a Kickstarter campaign actually is and why it’s essential.

Kickstarter is a platform that helps bring creative projects to life. On the platform, creators - that’s you - propose their projects and ideas to backers in order to crowdfund their projects.

Kickstarter has been around since 2009, and since then over 19 million people have provided funds for a wide variety of projects, pledging over $5.7 billion. These numbers continue to grow, and this is without a doubt the most popular and most successful crowdfunding platform for creative projects in the world.

Once a project campaign has been created and Kickstarter approves it, the campaign is all set to go live and become eligible for crowdfunding.

From there, it’s up to you to get the word out and promote the campaign so that you can meet your funding goal within a certain timeframe (usually 30 days).

After a project gets the go-ahead by Kickstarter and is ready to go live on the platform, the hard work is done… NOT! The work has actually just begun and it takes a lot to keep the campaign going strong so that you can get the funding you were hoping for.

Following these Kickstarter campaign strategies can help you get there:

Using a High-Quality Campaign Video (Not Just an Image)

If a picture is worth a thousand words, then a video has the potential to speak volumes. That’s why the first step of a successful campaign is to use a quality video rather than just royalty-free images or blocks of text.

We currently live in a very video-driven world, and video has even been proven to be the most engaging type of content out there. So if you want to engage your audience (which is an essential factor in campaign success), using video content is essential.

While an image might be nice to look at, video content is much more engaging, attention-grabbing, memorable, and it has even been proven to increase landing page conversion rates and boost consumer buying intent.

Forbes says that video marketing has tons of benefits, like the fact that

So whatever you do, use video content in your campaign and make sure it’s of the highest quality. 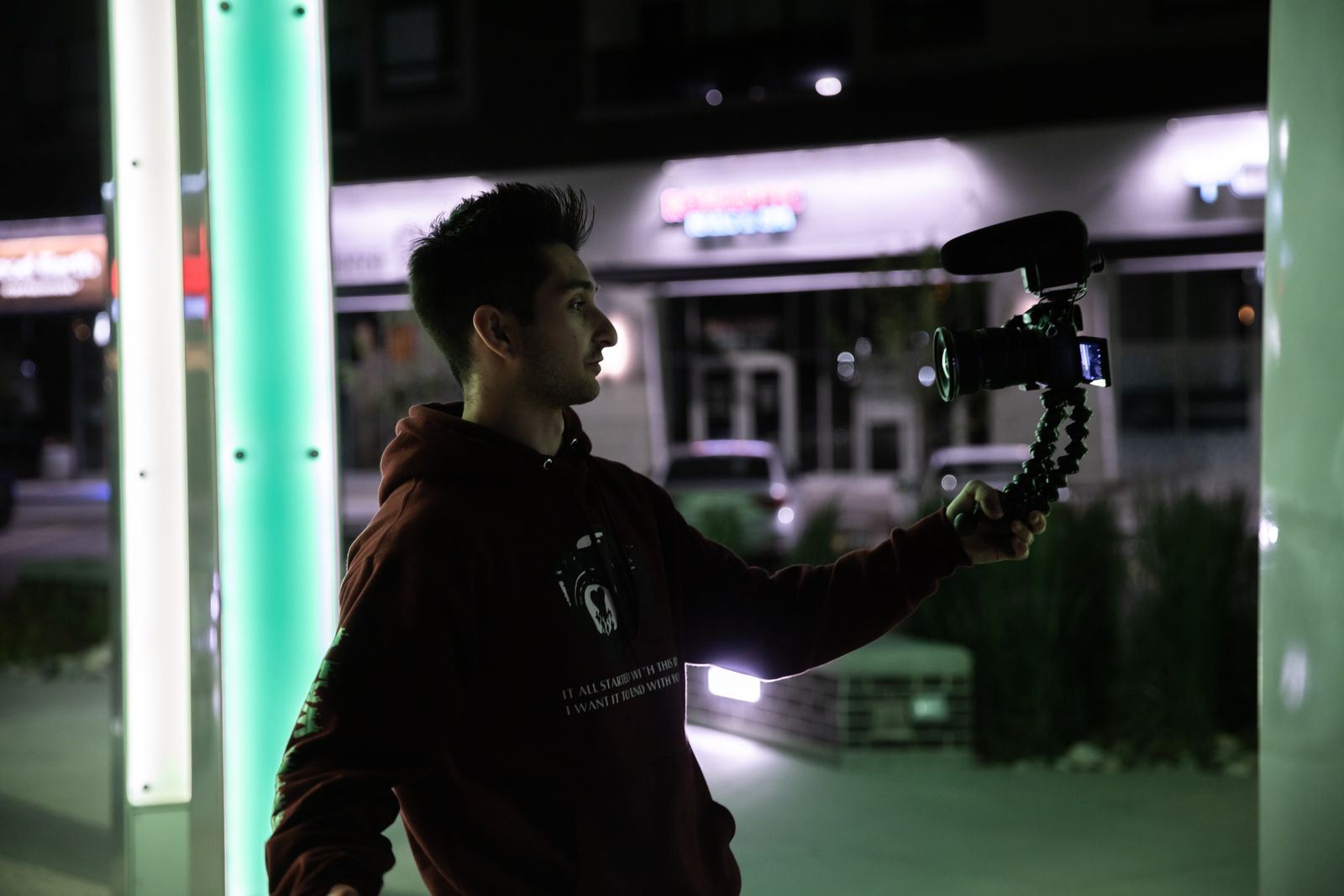 Just because people are investing in your ideas doesn’t mean you’re off the hook when it comes to giving them a return on their investment. The people who pledge money to support your campaign need to be given a strong incentive to donate.

Kickstarter gives a really good explanation on why building a strong rewards system is crucial: “Why do people back projects? To start, they want to support what you’re doing. But they also want to feel like they’re getting something in return - and rewards let them share in your work.”

The rewards you offer will depend on what your campaign is focused on. Kickstarter provides some really good ideas about backer rewards, so don’t be afraid to use them as a resource. The main thing to remember is that the rewards should be related to your specific project.

Also, they should vary depending on the amount of money donated with the biggest rewards reserved for the highest pledges. That way, backers are incentivized to donate more, which means you’re more likely to reach your funding goals. And that’s exactly how KickoffLabs can help you turn every customer into three more.

Prelaunch marketing is an amazing way to get the word out there about your campaign early on. By releasing a prelaunch before the actual campaign launch date, you’ll be able to get donors lined up and all ready to pledge before the campaign even becomes live.

Lots of small businesses make it big with a prelaunch, so you’ll definitely want to prelaunch your Kickstarter campaign if success is on your agenda.

Tips for Prelaunching Your Campaign

**Direct the prelaunch to your friends, family members, and current customer base so that the campaign hits the ground running as soon as it goes live. By doing this, you’ll be able to get your audience excited about pledging to your cause and build the anticipation.

In terms of the actual prelaunch content, you can use a landing page detailing the campaign and its release date, a social media post, email marketing, or better yet, create a giveaway incentivizing people to pledge to your project. Just make sure to make the content shareable and try to release it when you know the majority of your target audience will be online. 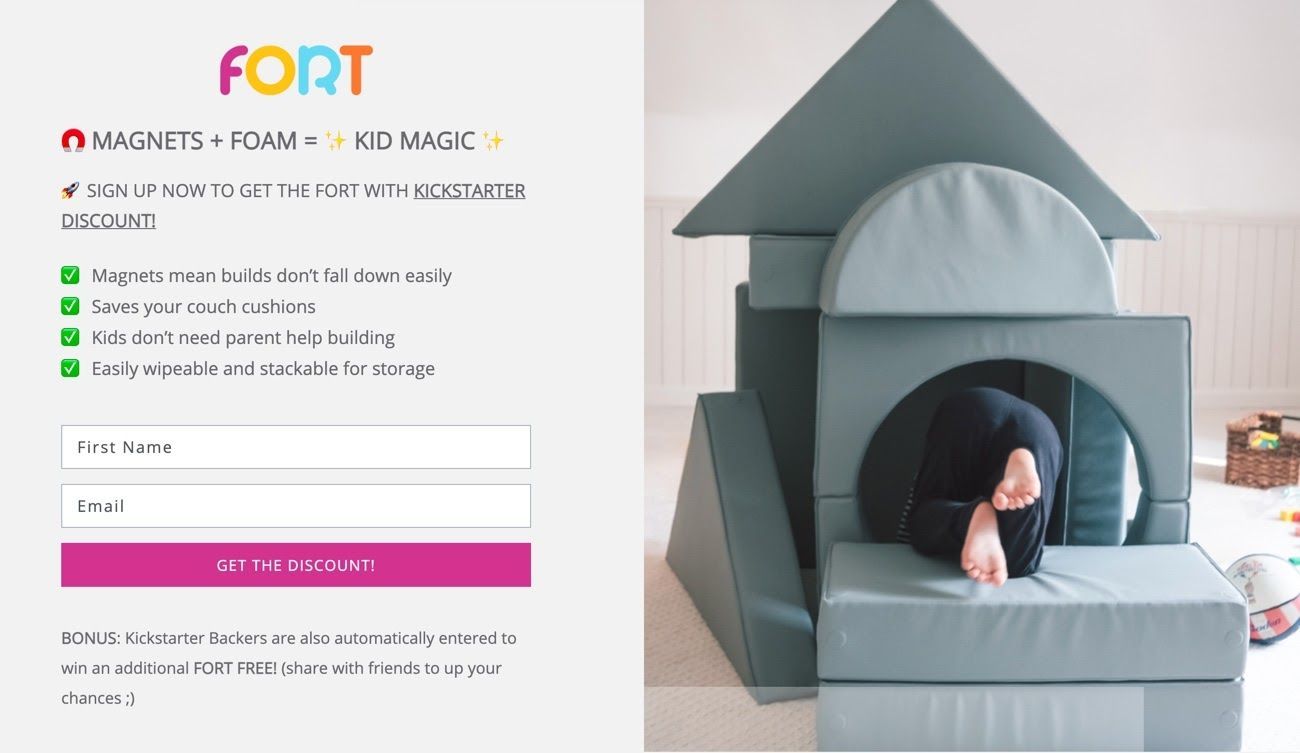 Check out our daily plan to prelaunch your crowdfunding campaign as we’ve outlined here in 30 Days to an Epic Kickstarter Launch.

The ultimate way for a campaign to achieve the greatest reach and make a mark on the world is through strong marketing. Marketing your Kickstarter is a big task, but luckily, there are plenty of channels and resources to make it happen. 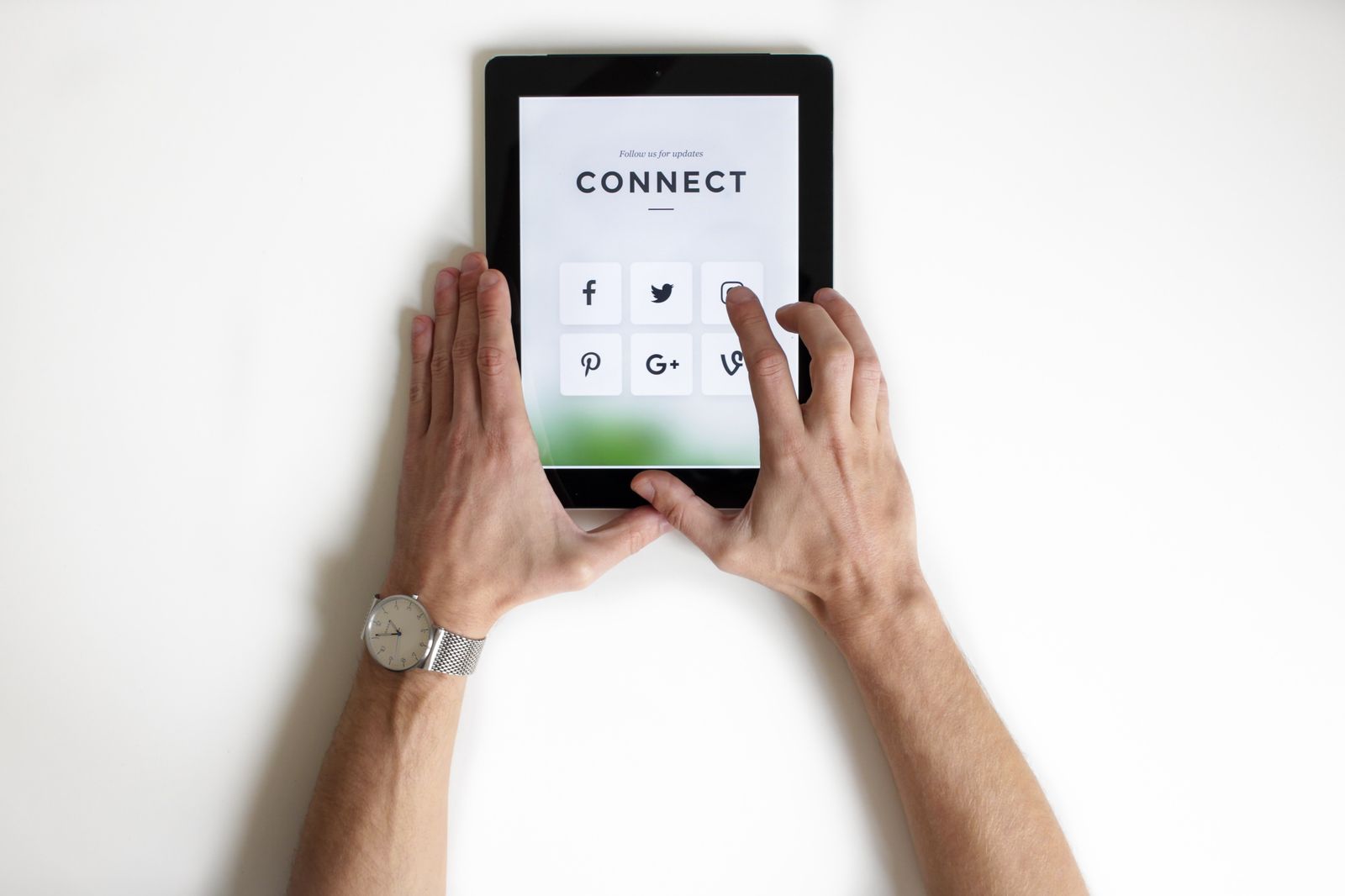 Another helpful tip is that repetition is vital for getting your message across. Not only will you need to release content on multiple channels, but you’ll need to do it often. Your audience is much more likely to soak in a message (and pull out their wallets) the more time that message is repeated.

Whichever marketing channels you end up using, just know that lazy marketing won’t get you - or your campaign - very far.

Providing Constant Updates to Your Audience

You’ve created a kicka$$ campaign video, you’ve incentivized your backers, you’ve prelaunched, and you’ve utilized as many platforms as possible. So far, your campaign is bound for success, but this last phase is where a lot of Kickstarter campaigns meet their demise.

Once all of the other tasks have been achieved, one of the most common mistakes is letting the fire that is fueling the campaign die down. It’s very common for Kickstarter campaigns to start off strong with funding in the first few days, then level off and fail to reach the end goal.

This is why you should be taking every possible measure to keep the campaign going strong. Do this by keeping your audience engaged with constant updates on things like funding milestones, photos of progress, updates to backer rewards, and shout-outs to donors.

Expect There to Be a “Dead Zone”, But Don’t Let This Phase You!

**One really important thing to note is that most Kickstarter campaigns go through what is called a “dead zone”. 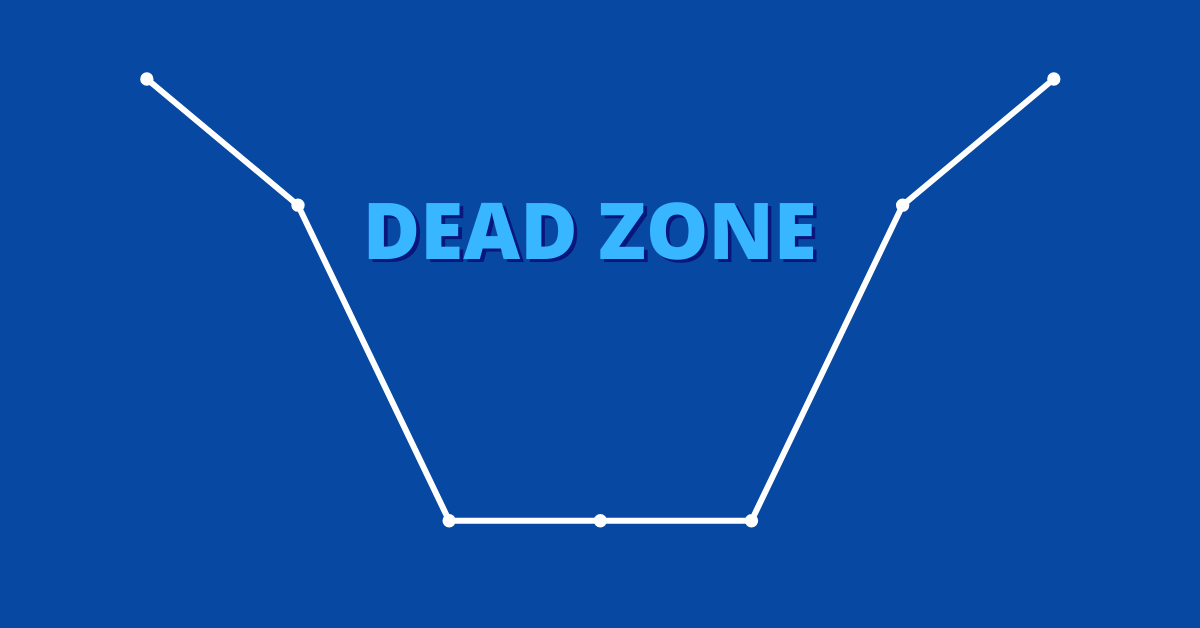 It’s common for a campaign to receive the majority of pledges within the first few days of going live, and then get another rush of plunges near the end. Somewhere between the beginning and end, though, you can expect there to be a lull in donations.

This is normal, so don’t let that discourage or keep you from engaging your audience. If anything, you should try to engage the audience more by providing frequent updates in order to get out of the inevitable campaign dead zone.

Running a Kickstarter campaign is an effective way to get the funding you need without applying for a loan with high interest rates or dipping into your own personal bank account. As you run your campaign, just remember to implement our success strategies.

At KickoffLabs, our goal is to provide you with the tools and resources to help you find Kickstarter campaign success. See what we can offer your next Kickstarter by creating your free KickoffLabs account today!