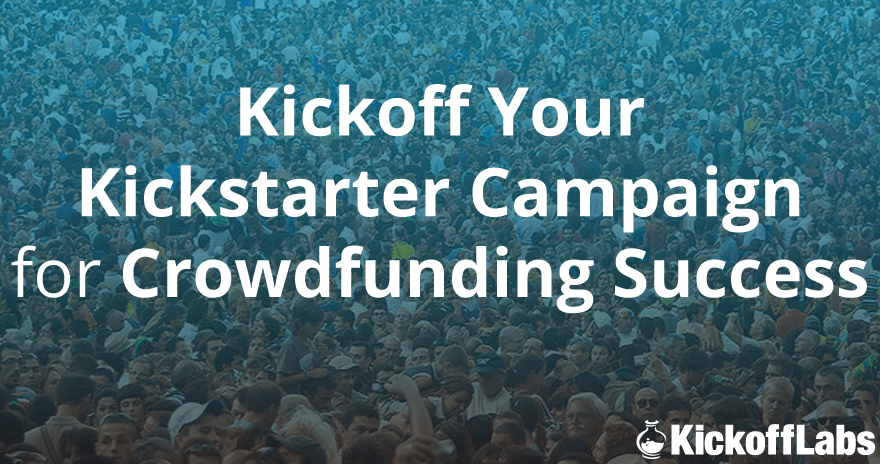 It’s a crowdfunding craze, with more companies and individuals jumping on the crowdfunding bandwagon than ever before. And it makes sense why… pre-selling your product lowers your financial risk and can make things a whole lot easier by securing a paying customer base long in advance. It’s money in the bank!

But with the growing popularity of crowdfunding platforms like Kickstarter, Indiegogo, CrowdRise & others, comes a massive liability for creators; the uncertainty of whether or not your project will succeed.

First, the harsh reality is 60% of all Kickstarter campaigns fail to reach their funding goal.

Indiegogo boasts an even higher failure rate of 66%, where only 1 in 10 campaigns get funded.

While those numbers are overwhelming, certainly there are ways of standing out in a sea of mediocre projects; like nailing the crowdfunding campaign basics, producing a great explainer video, offering irresistible perks and rewards… in fact, for learning the basics, we recommend Shopify’s Ultimate Guide to Crowdfunding as a great primer for the actual crowdfunding campaign.

However, if you really want to mitigate crowdfunding risk (and practically guarantee success)… you need to lay out the proper pre-funding campaign groundwork. Doing this can help assure your project gets its legs and reaches its funding goal!

Below we’re looking at how to Kickoff Your Kickstarter Campaign for Crowdfunding Success, with real project examples from KickoffLabs customers ;)

Although it may sound a little strange, it’s true and incredibly effective.

Think about it, you’re going to be asking people for money. As a consequence, it can be difficult converting potential backers without them having prior knowledge about your project.

Our advice: Get a landing page up at least 3 months in advance and start collecting emails early!

Using a landing page to inform your audience and gather subscribers before campaign launch is by far the best strategy for boosting your success factor.

Besides, grabbing the attention on a platform you control will help centralize your following for later. 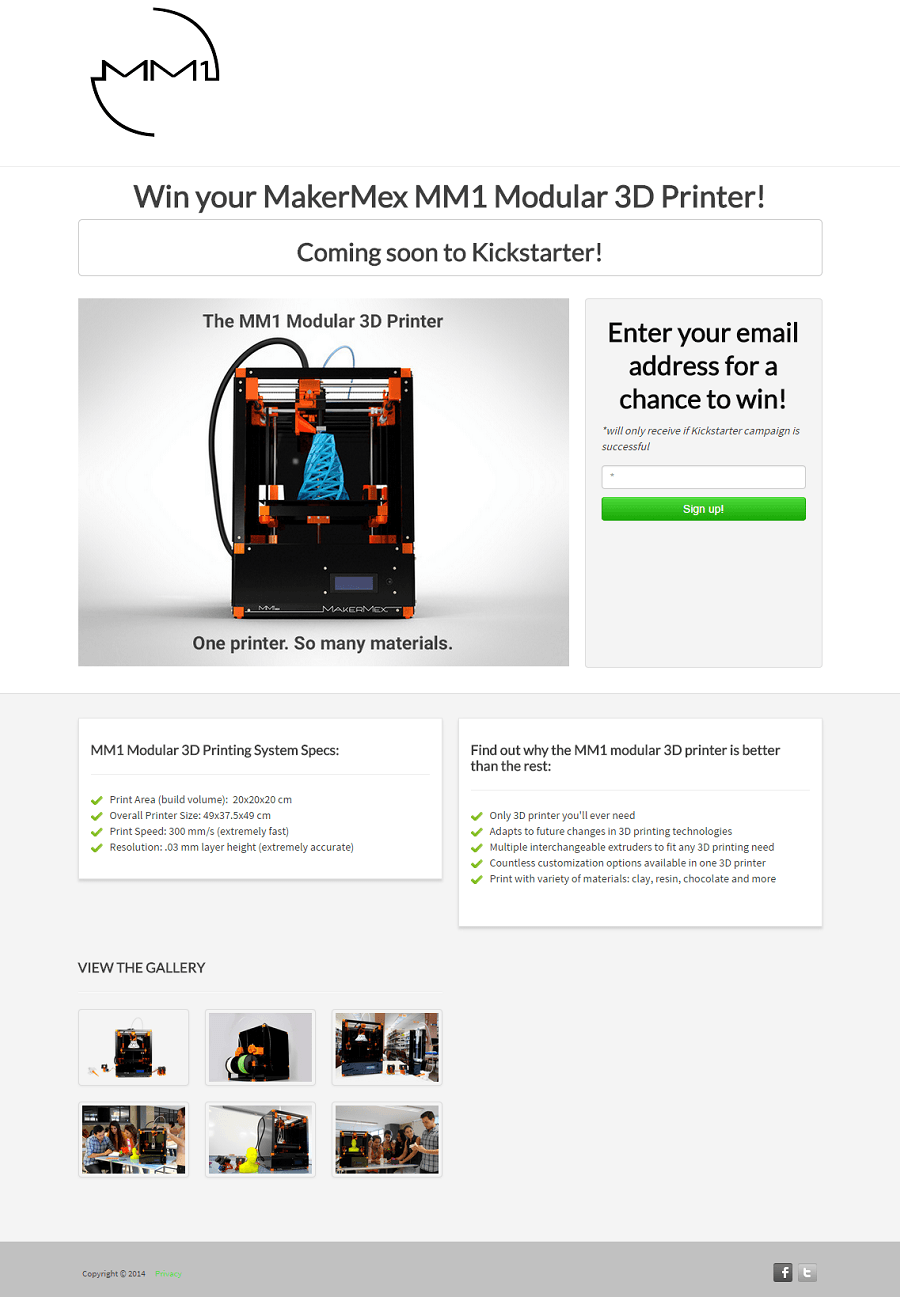 Get people to the landing page ASAP, even if it starts through friends and family. The primary goal should be activating your social network and getting them to submit an email address.

The secondary goal is warming up your audience to back your project in the near future. 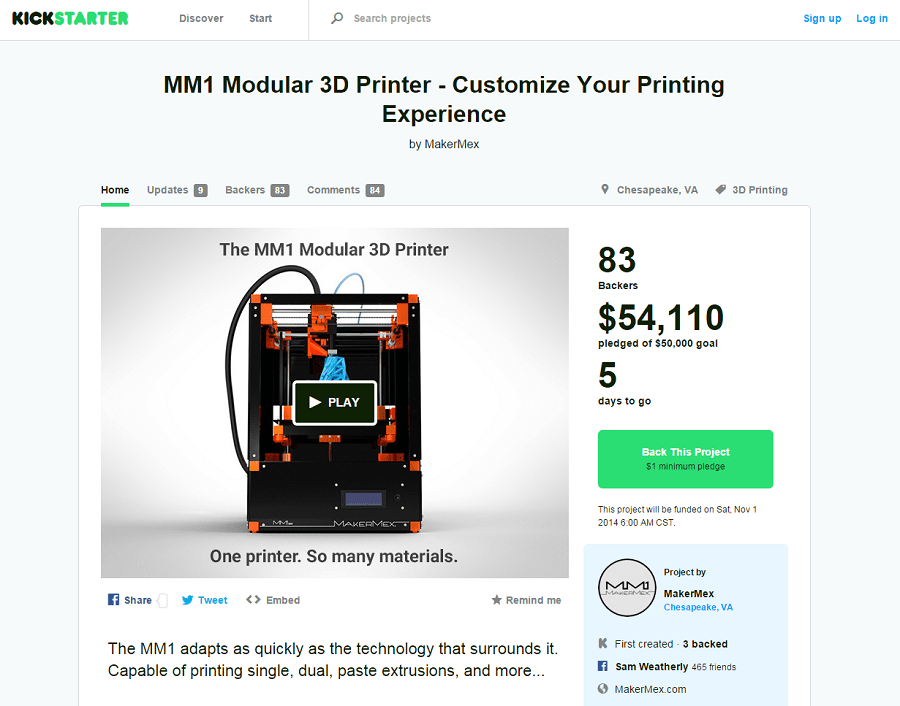 “The key to a successful crowdfunding campaign is generating a buzz before project launch.”

Although we generally suggest you gather an email list of around 2,000 subscribers before you launch… it really depends on how much money you will be raising.

We’ve found that, even in our case, the majority of people who pay for products and services are engaged in some way long before they actually buy. The same logic applies to Kickstarter and crowdfunding campaigns.

Go out and find your audience!

Whatever you are doing, we can almost guarantee that there is a market interested in what you have to offer. Look for niche communities and strike up a conversation there.

The best bang for your buck is always just literally to visit these communities; chat rooms, forums, LinkedIn groups, Google+ groups, Facebook groups, wherever… be honest and ask for feedback.

You’re not asking people to sign up… DON’T say “we’re doing this, so go sign up!”, because that’s spammy. You want honest feedback on your landing page, the campaign, and on what you’re offering.

This is a great tactic because:

Once you have them on your landing page, provide enough context so that your visitors can fully understand what your campaign is all about…

“Be honest. Be genuine. Be upfront…. Don’t talk only features or money, bring in the human element to the conversation.”

Use this as another opportunity to ask more questions and get more feedback directly on the landing page.

Check out this example where KickoffLabs customer, Start-up Inventors are pretesting reward levels to gauge how many people they would need to raise the money they’re looking for. 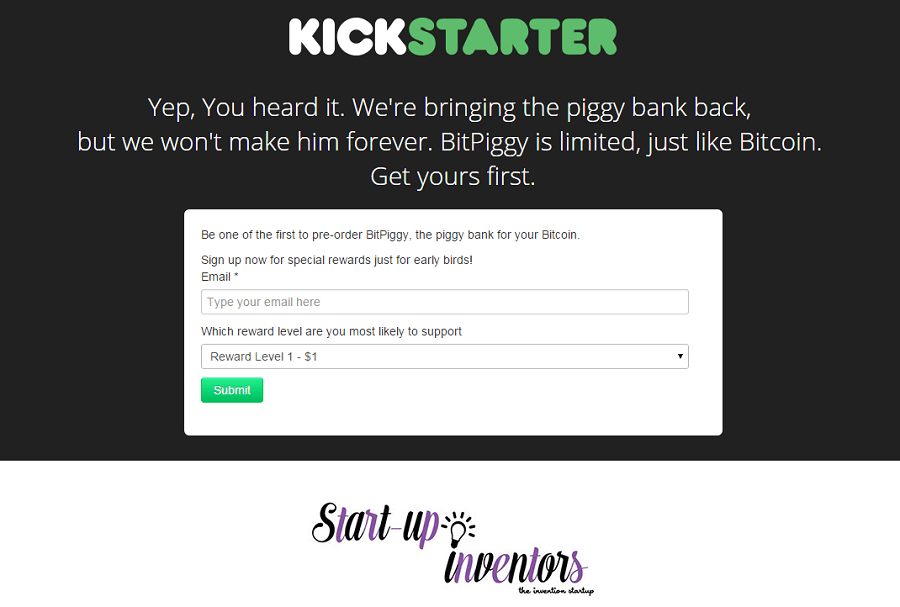 If everybody that came to the page only said that they would contribute a dollar, they know they need a lot more people, or to adjust the reward levels on the page. Testing this is really going to optimize the crowdfunding campaign going forward.

3. Prime Your Audience for Perks

Perks are core pieces of the crowdfunding model; where backers have come to expect these as rewards for participating. Yet, before the crowdfunding campaign, you either are still working on the perks or don’t really have much to reward.

That’s OKAY. During the pre-funding campaign, you’ll be offering something different than campaign perks…

Interchanging incentives in place of perks.

People still expect something in return for supporting your project, especially during the early phases. So you need to give them a reason to sign up now.

The best strategy is to include 2 different incentives on your landing page:

#1 – Early Access. Backers are (luckily) an impatient bunch, and want to be the first to access the best perks when your campaign goes live. 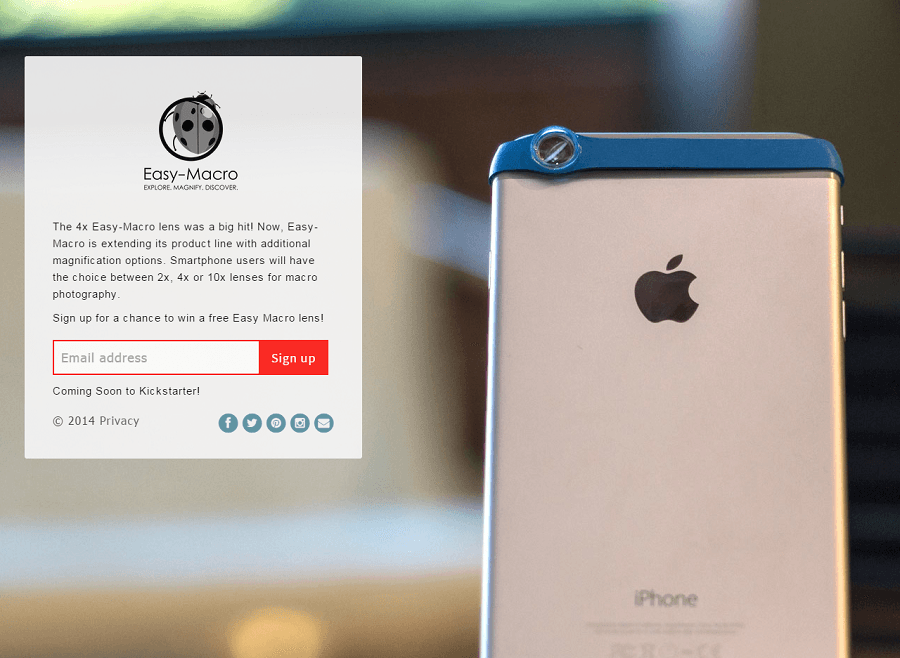 Use this kind of exclusivity to your advantage; by letting people know that if they sign up early, they’ll be first in line for the best rewards.

#2 – Instant Gratification. You’ll also want to include an early reward for signing up. Give away some other incentive related to the product; a piece of technology, an infographic or PDF… something free that helps the customer with their problem. 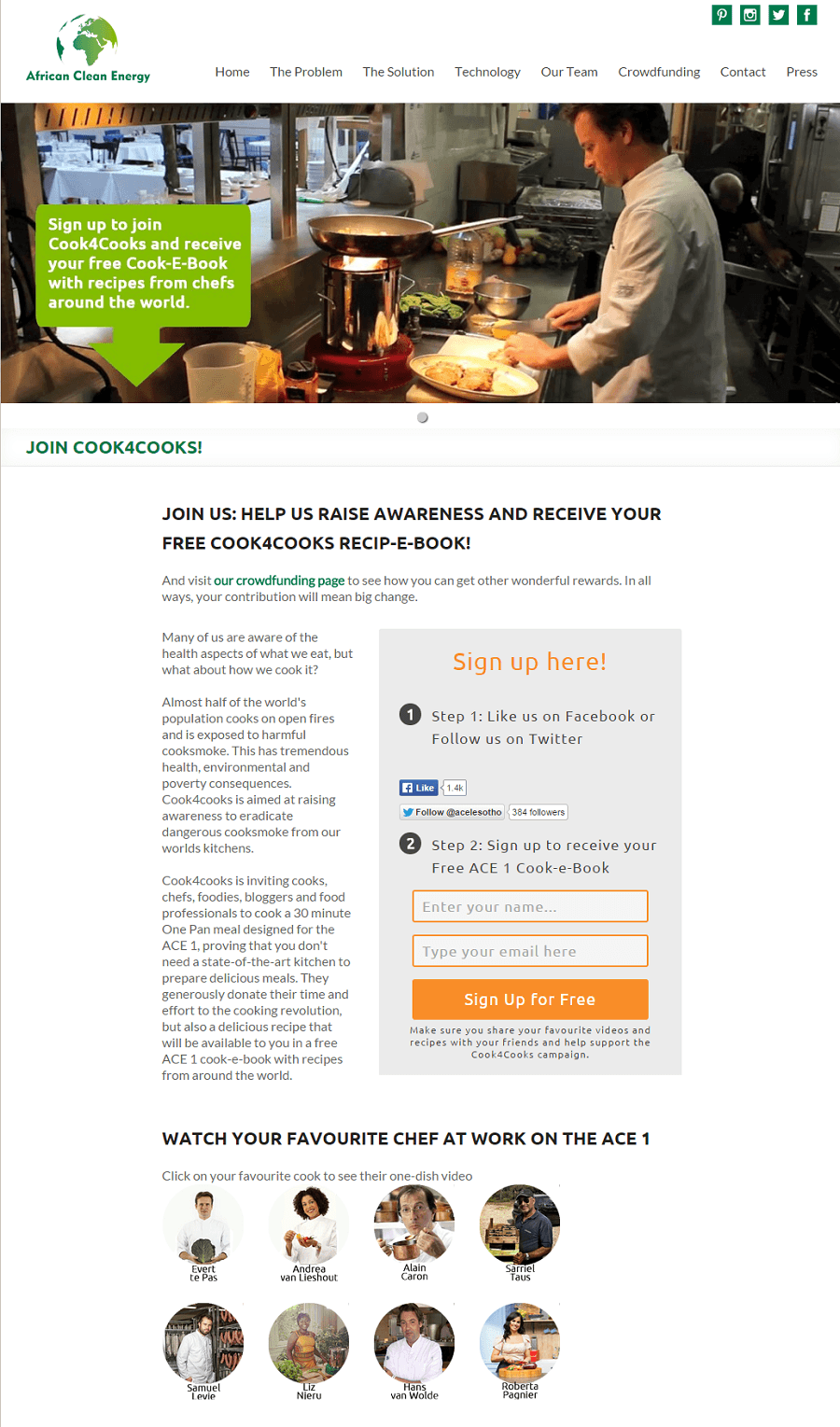 “If there is something immediate in it for them, all the more reason to sign up.”

The goal is to build a relationship with content over time and warm up potential backers to eventually support your crowdfunding campaign. 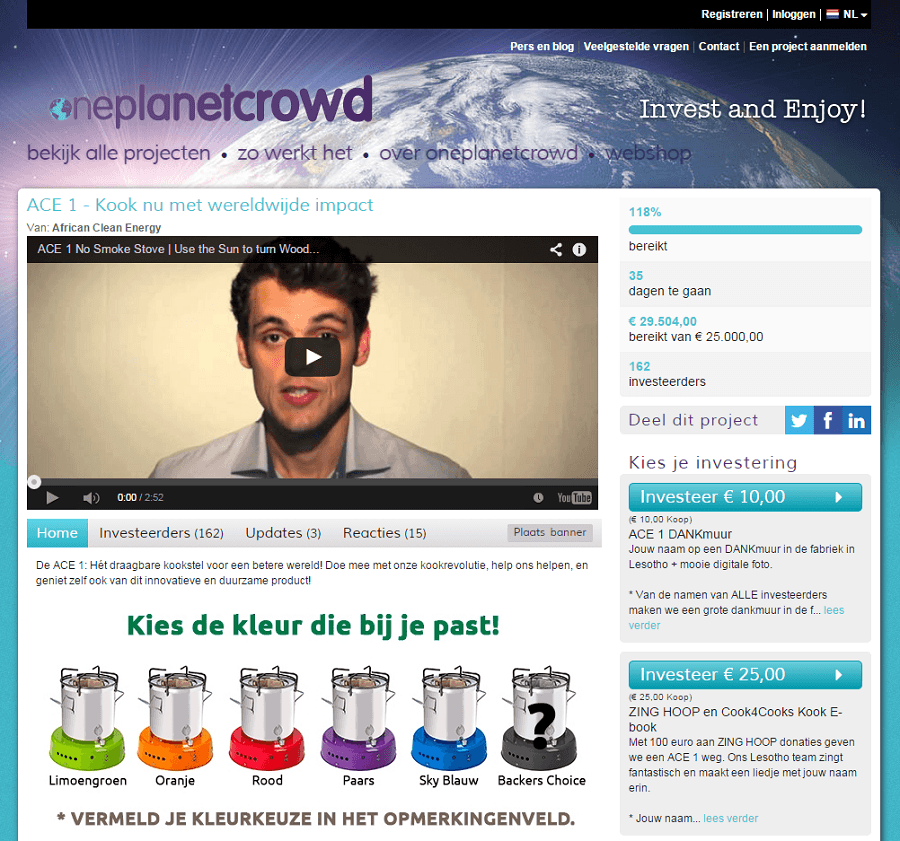 The combination of early access & instant gratification is a powerful way of getting people to take immediate action on the page.

If you have trouble coming up with good incentives… just know that even a simple incentive like being the first to know can be worthwhile.

Crowdfunding is all about getting people to participate in and share your campaign, (hence the word “crowd”). So it’s extremely important to leverage both your and your subscribers social networks to get the maximum viral effect.

Make it a party

The more people you sign up early, the more support you will receive when your crowdfunding campaign goes live. Plain and simple. 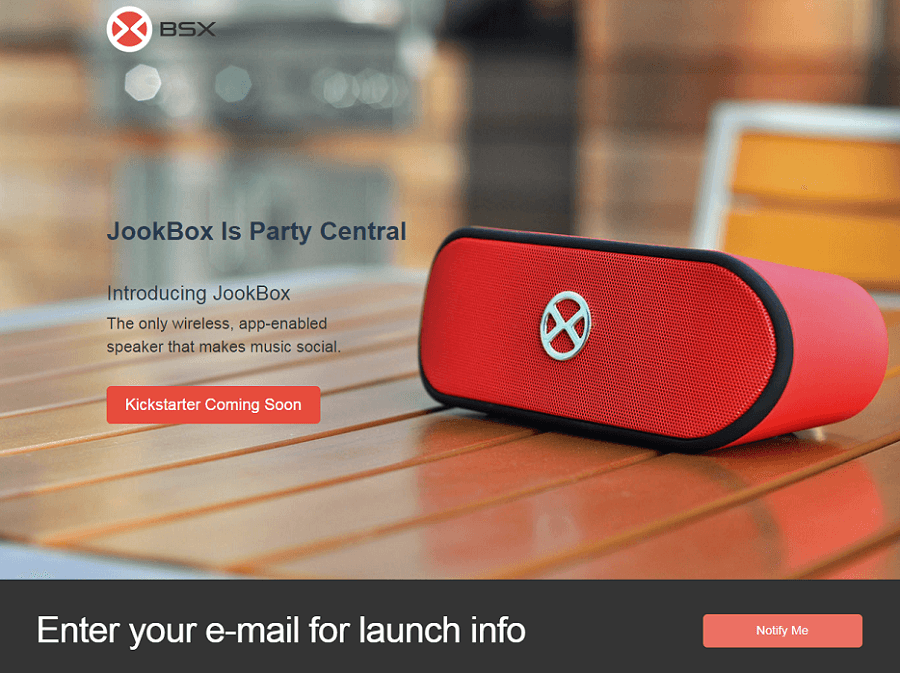 So you’ve got to make an effort to get people sharing after they sign up to your subscriber list.

We’ve come across far too many web forms that when submitted, prompt the user with a basic ‘Your details were sent successfully’.

These types of form might get signups, but they don’t get people sharing with friends!

Just take look at the viral boost that KickoffLabs gives each and every one of our customers; providing a super simple, super effective way to share…

This built-in sharing functionality accounts for an average 35% viral boost across all of our customer sites. That means that for every 100 people that sign up, they’ll bring along an additional 35 people to your pre-funding party.

One of the things that makes KickoffLabs unique, is our renowned refer-a-friend social sharing feature, which generates personal referral links for all of your new signups.

This is something you can really leverage for a boost to your conversion rate (and something we would really love to see more of our crowdfunding customers taking advantage of).

While in this example, the referral reward requirements go as high as 50 invites, we recommend keeping it simple (and realistic) for people to reach their sharing goal.

Start off with a basic “Invite 5 Friends” goal and offer people the chance to get on your VIP backers list if they reach it.

But if you want to get fancy by offering different tiered reward levels, you can easily set this up with KickoffLabs :)

Another proven strategy for achieving a strong pre-funding subscriber boost, is to run a contest.

Offering the chance to win a free prize of the project itself, is a fantastic way to grow your social following while getting people interested in your crowdfunding campaign. 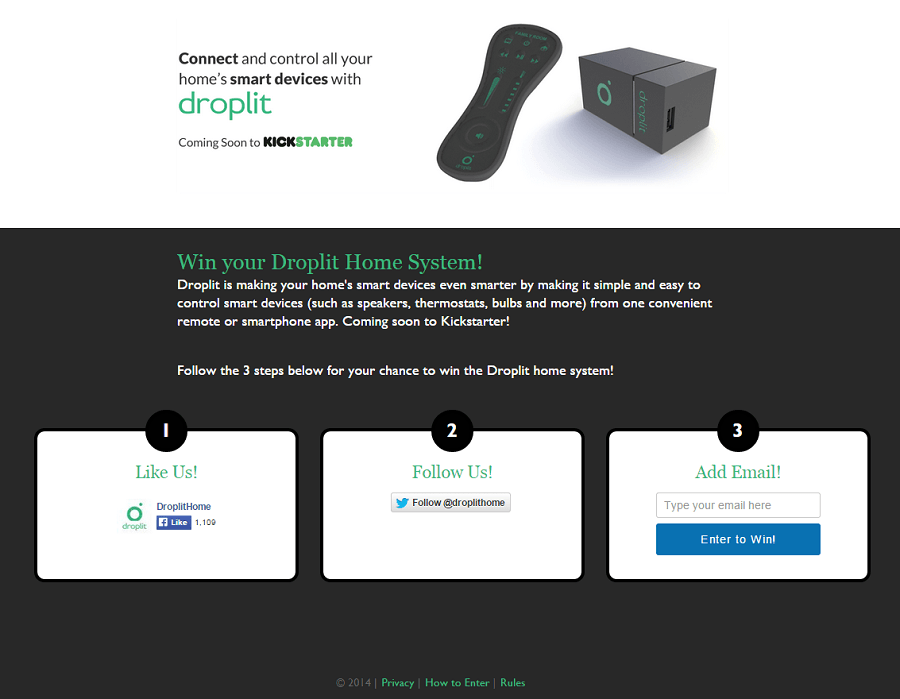 Want more detailed advice on running online social contests? Our step-by-step guide on running successful contests is a must read.

After people have signed up for (and hopefully shared) your project, send a follow up email to help reinforce your message and give people a second chance at sharing.

This follow up conversion is oftentimes overlooked, but is one of the most important ways of getting people participating in your campaign. Learn how to write the perfect email reply here.

When you’re ready to officially launch the crowdfunding campaign, it’s all about timing… and the more momentum the better.

Throughout the entire pre-funding campaign, keep your audience updated with thoughtful posts on the project, progress, perks, etc… Keep your updates short and non-spammy. 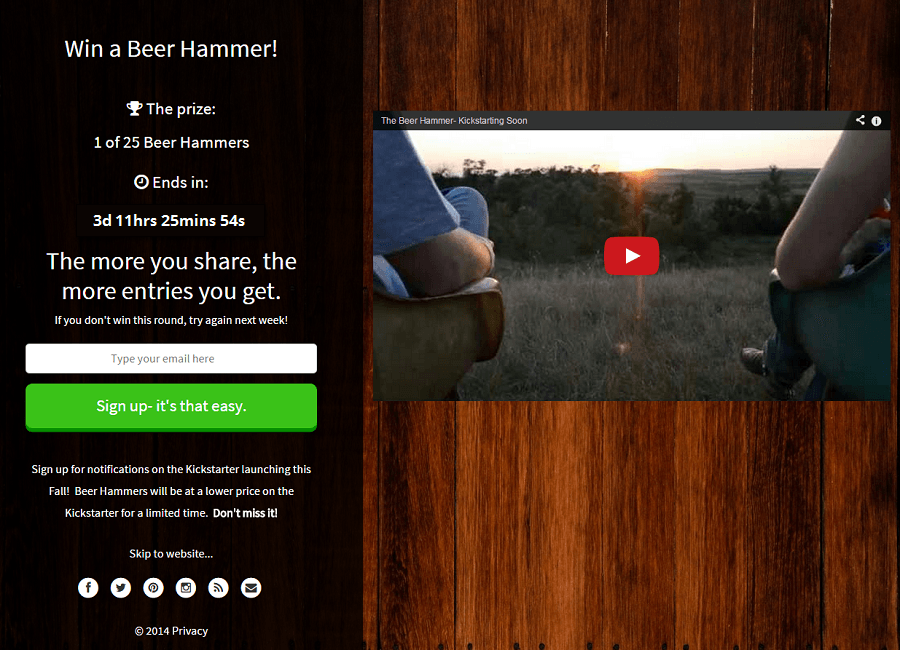 We’ve seen all too many companies put in the work of running a pre-funding campaign, only to lose their potential backers due to a lack of communication.

People have short attention spans and need to be reminded about what they signed up for!

A week or two before the crowdfunding, update your landing page to reflect the date of your campaign launch so people visiting will be aware. 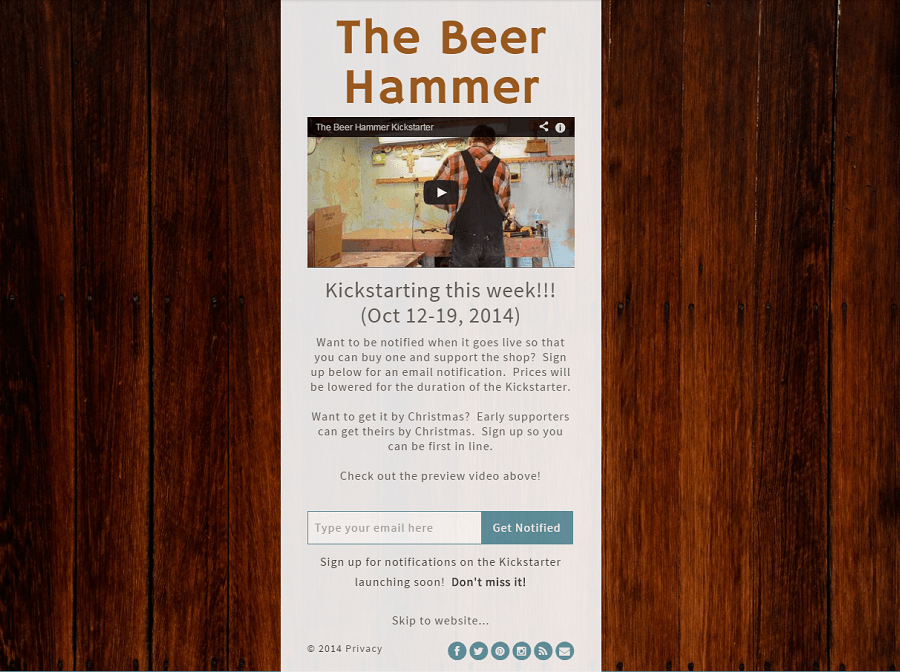 You’re going to need all those people who showed initial interest to help kickoff the beginning phases of your crowdfunding campaign. According to stats reported by Kickstarter, while 12% of projects concluded having never received a single pledge; once a campaign reaches more than 20% of their goal, the project has a 79% chance of successfully reaching its funding goal.

“When the time has come to launch the official crowdfunding campaign, get people to the page as fast as possible.”

This momentum can help your project show up on the hot or popular list of Kickstarter, IndieGoGo, or any of the other popular crowdfunding platforms. That can make a huge difference as to whether or not you meet your funding goals.

The Beer Hammer got a staff pick on Kickstarter! Check it out! http://t.co/FafbAuJfaI via @kickstarter #thebeerhammer #beer #bottleopener 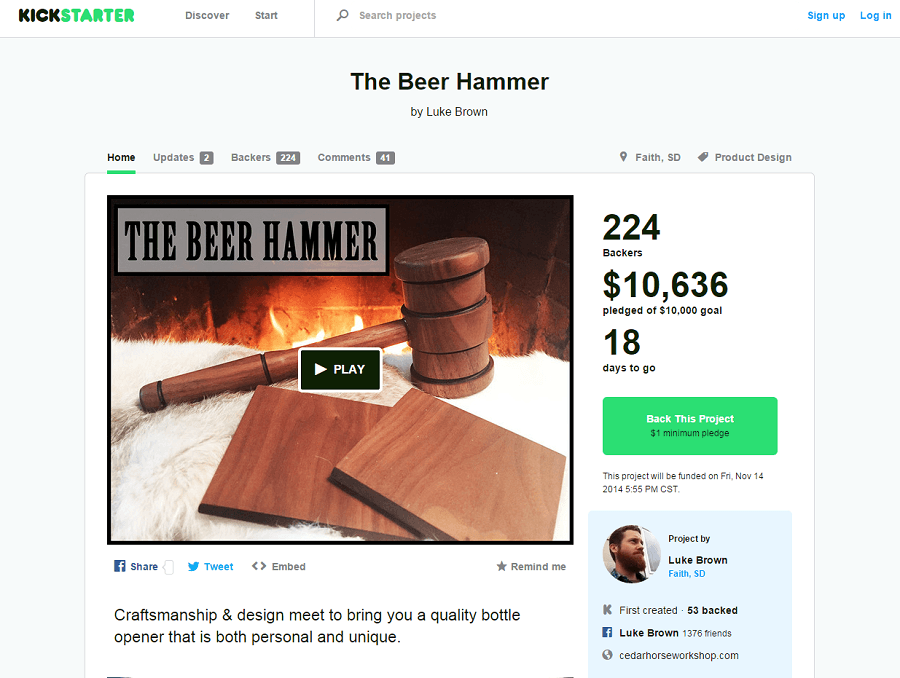 Receiving an even greater boost towards successfully reaching your campaign goal!

In our opinion, the best advice here is start talking to potential customers as soon as possible. Get to know your target market, gain credibility among your niche communities and amass a following before launch.

Luckily, KickoffLabs gives you all the powerful marketing punches you need to deliver the final crowdfunding knockout blow. With KickoffLabs in your corner, you’re well on your way to hitting your goal! Signup for your free account today and kickoff your Kickstarter campaign for crowdfunding success!