Online contests: What types of businesses can benefit from them?

Online contests can be that differentiator between a successful launch that generates hundreds of leads and sales, or a complete flop.

However, there are different types of online contests you can choose from.

For example, you can use a Bonus Entry Sweepstake to get people to refer their friends to your product and learn additional entries by doing that.

Or a Leaderboard Giveaway where your leads earn points and move up the leaderboard by referring your brand to their family and friends.

But not all of these contests are suitable for every type of business.

In this article, we’re going to look at some of the most successful contests we helped launch, what made them so special, and how you can take advantage of it. 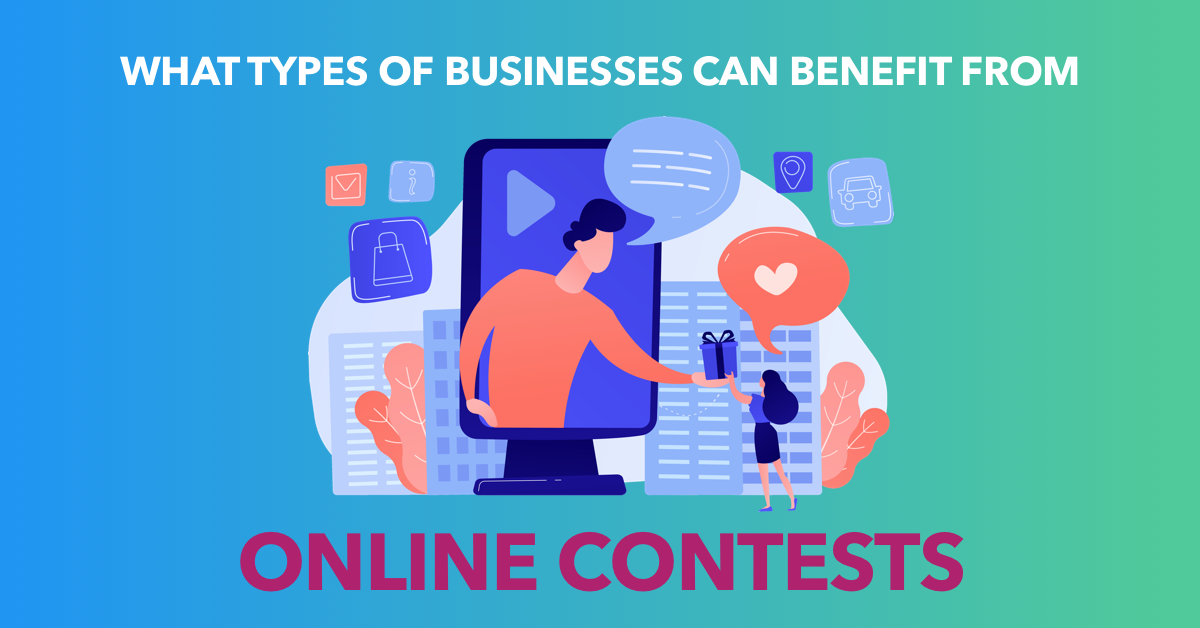 E-commerce Stores: Launching to the sound of sales instead of crickets

Getting significant traction for your e-commerce store is hard. New stores are popping up every day, which makes this space a very competitive one, with each of the stores fiercely competing for attention.

You can especially feel that fierce competition especially when launching a new business or a new product for an existing online store. Getting in front of your target audience while being in that situation might seem impossible.

However, it’s the brands that take advantage of online contests that typically prevail and get the attention everyone is competing for. That’s why online contests are perfect for all new or established online stores.

Just look at ComfortableBoxers.com. When they were preparing to launch their new product — comfortable underwear — they wanted to ensure its success. The worst experience for a new business is to launch to crickets. (And** don’t we all know how horrible that is.)

The stakes were high. The online underwear space is hugely crowded by super popular brands everyone knows about. If they really wanted to make it and generate sales, they needed a crowd to launch their product to.

Mike Madrid, the founder, decided to put together a Reward Level Referral contest, where each referral gets you closer to a better prize. In their case — free boxers! 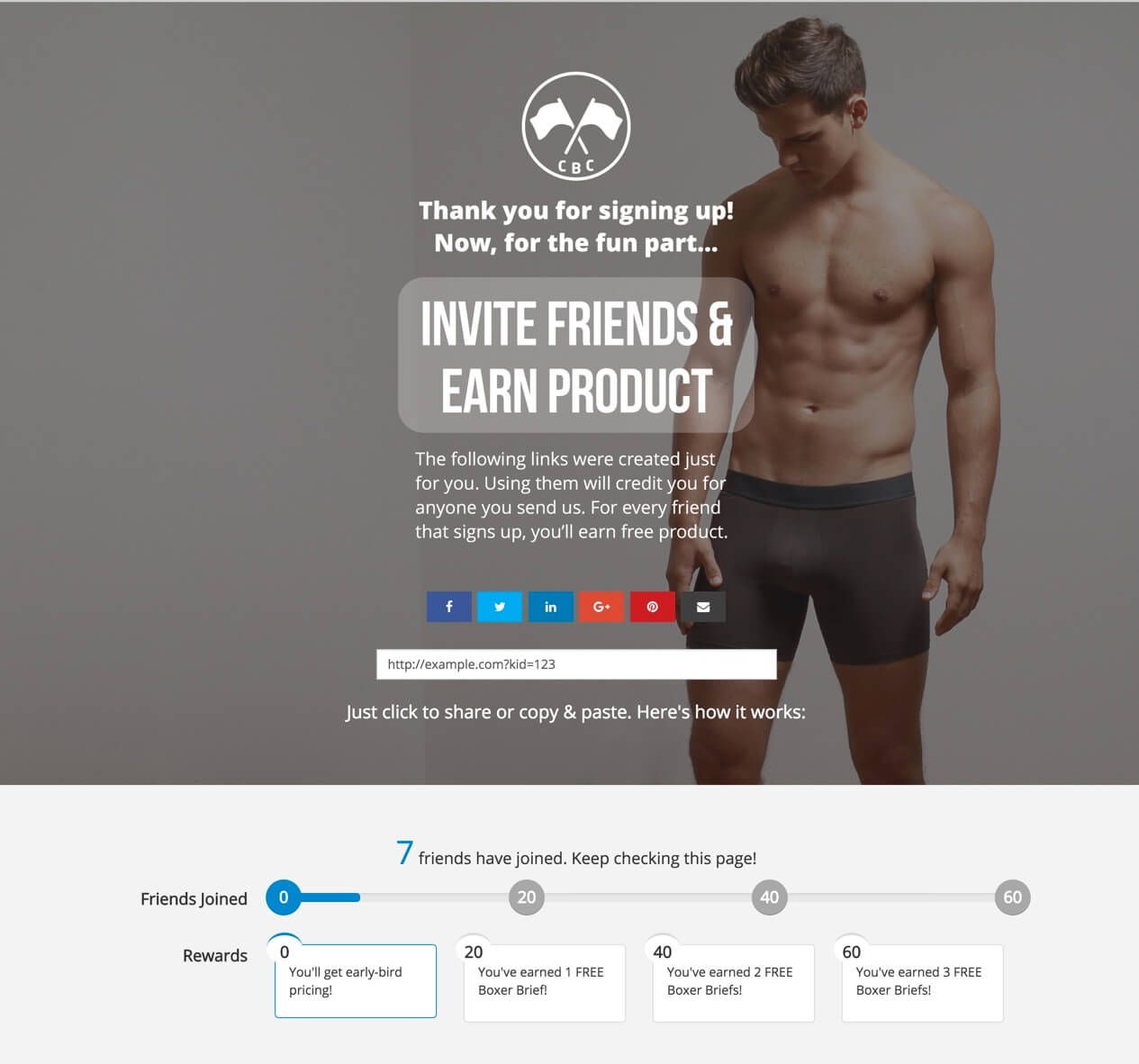 The results of their campaign speak for themselves!

In just two months, they collected 35,000 emails while seeing a:

For learning more about their campaign, follow this link, and listen to the whole interview.

Even if Mike was using an online contest to launch a new business, a similar strategy could be used for existing online stores that are either launching a new line of products or simply trying to get more customers.

Here are a few ideas on other types of online contests e-commerce businesses can use:

Kickstarter Campaigns: Build an audience before the launch

Launching a Kickstarter campaign has become more difficult over the past few years. If your new campaign doesn’t get traction within the first few hours of the launch, chances are you won’t reach your goal by the end of it.

Similar to an online store, you’re viciously competing for attention, sometimes even with brands with 6-figure marketing budgets, ready to spend that money for a decent exposure.

But you don’t need big marketing budgets to make it on Kickstarter. All you need is to be smart.

Nicolas knew that a successful Kickstarter campaign starts way before hitting the publish button on the platform.

That’s why they started collecting emails way before their crowdfunding campaign went live.

They used an Unlocked Reward feature, where they gave out a free swab to every person that referred LastSwab to three friends. 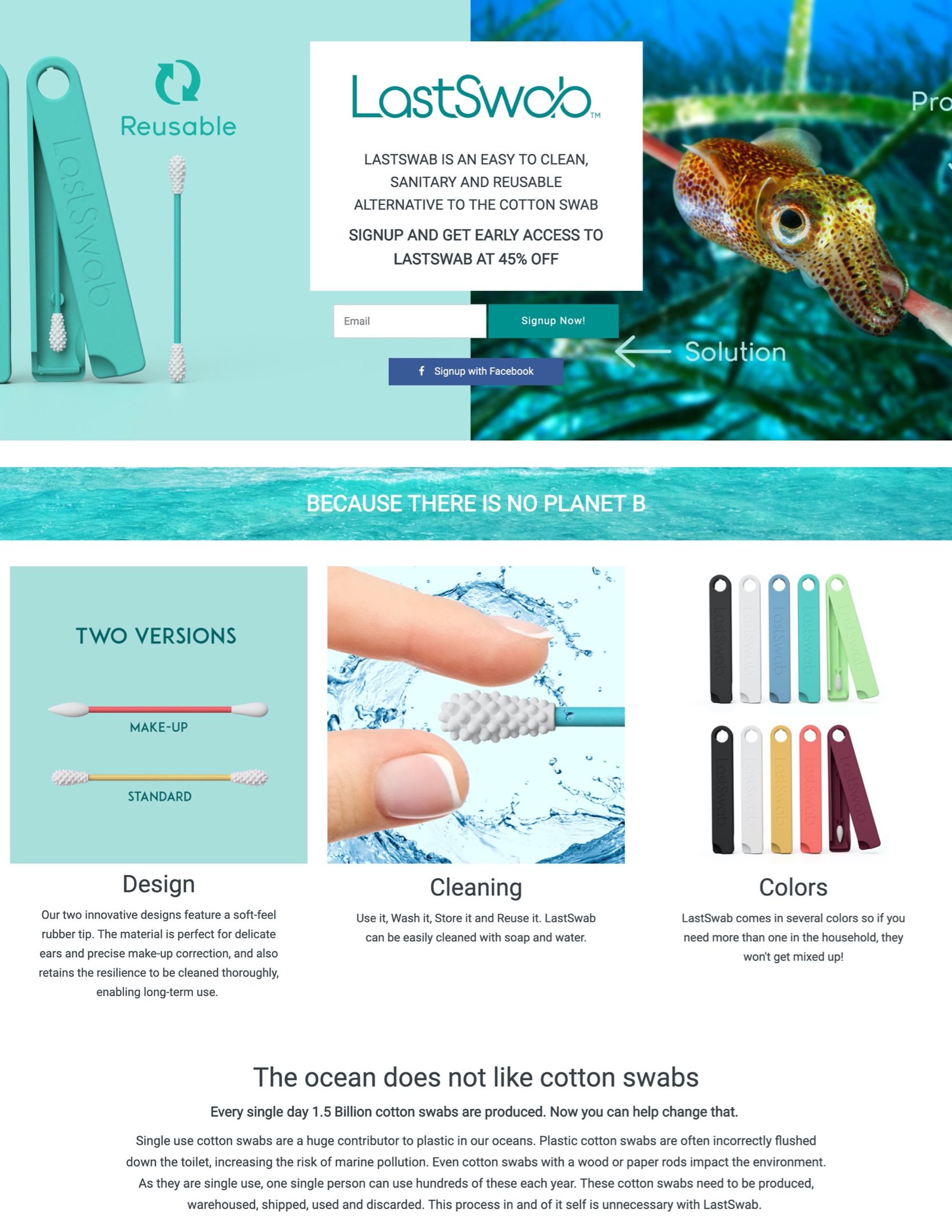 Using this strategy, they collected over 40,000 email addresses!

Because they built this massive audience before even launching a campaign, they were able to raise over $700,000 for their new product.

You can learn more about this success story here.

LastSwab isn’t the only business that found online contests to be of vital importance for their Kickstarter campaigns.

Here are a few ideas from other success stories that you can use for your next Kickstarter campaign:

Mobile Apps and other Software: Get passionate users fast

Marketing a mobile app or a software product is different. There’s typically no physical product that goes with it, so there are some limitations when it comes to promoting a new app you’re launching.

Anyone that’s ever developed a marketing plan for any kind of software knows how limited you feel when trying to find new ways to attract a quality audience and later convert them to active users.

But the magic happens if you look beyond the typical marketing strategies software companies use.

Metal Pay was in the process of launching their new Android app. Before the actual app launch, however, they wanted to create a buzz around it. They wanted people to want the app.

And what better way to create that craving than through a leaderboard. 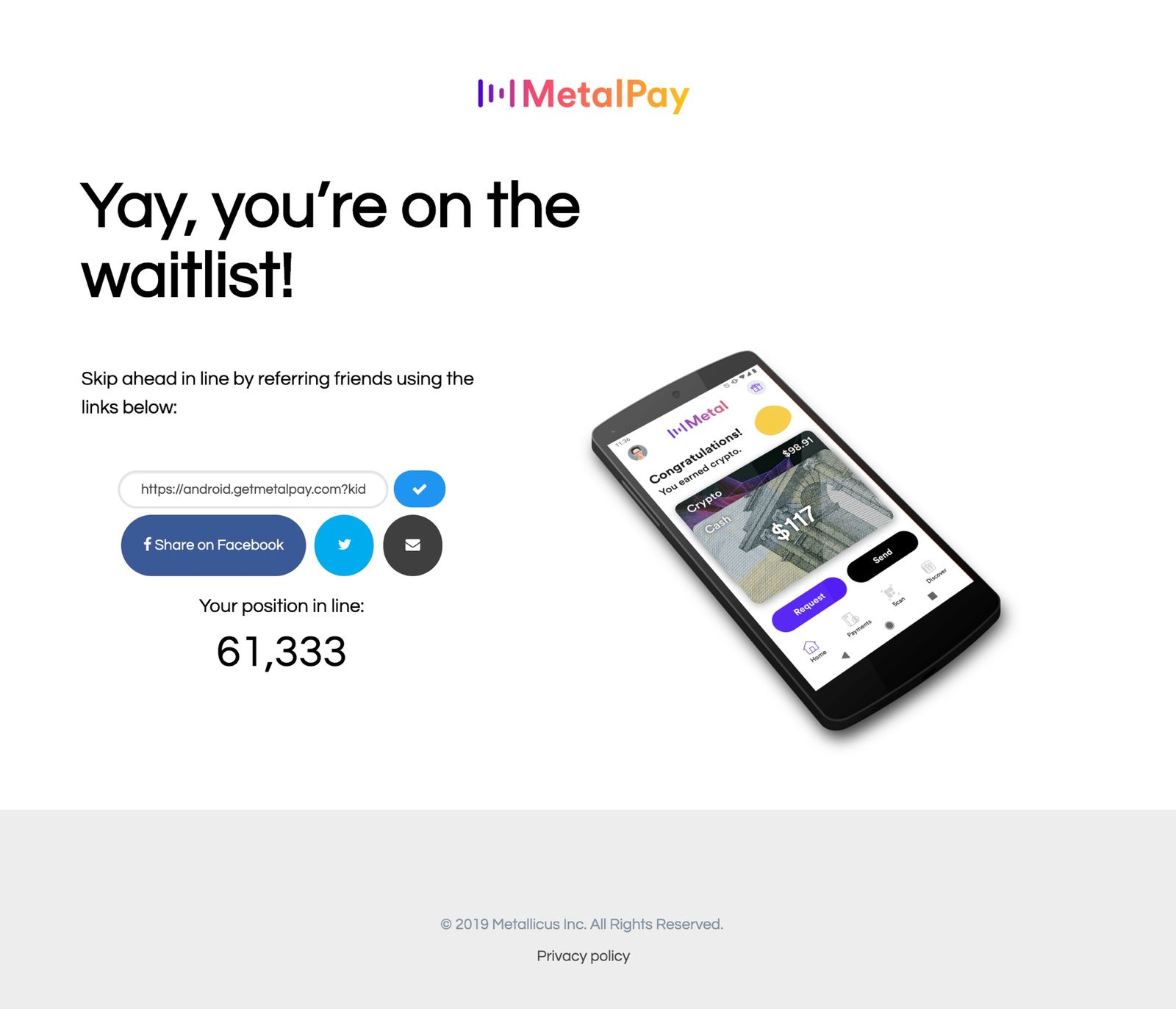 They created a waitlist people could join to get early access to the Android app. They also decided to take the full advantage of the Leaderboard Contest to create that immense craving for the new app. So if a user shared the link to Metal Pay’s page with their friends, they could move higher up the leaderboard and be one of the first people using the app.

That brilliant strategy amassed them 60,000 emails! That’s 60,000 people eager to download your app!

If you want to learn more about the details behind how they did it, you can read about it here.

Contrary to popular belief, marketing a Mobile App doesn’t need to feel constraining. If can be an incredibly creative process if you’re willing to try out something new.

Here are a few ideas on how to market your Mobile app through contests:

Subscriptions are “in.” You now have subscriptions for all sorts of products— razors, makeup, coffee, you name it.

Launching a subscription in such a crowded space is a challenge. However, plan the launch the right way, you’re going to be benefiting from it for years to come.

Let’s take a look at one delicious example that did just that.

ChocoRush first started playing with the idea of having a 12-month subscription a long time ago. They wanted to start sending out boxes with premium chocolates each month to a passionate group of chocolate aficionados.

If they wanted to make this work, they had to hit the ground running. They needed to create a list of passionate chocolate eaters interested in receiving a monthly box of chocolates.

And what a better way to do it than with an online contest.

They used a simple approach — answer a simple question about your love of chocolate, and you’ll enter a contest with the prize being a box of chocolate every month! Sweet!

This one simple tactic turned their launch into a success. They collected over 2,500 leads for their new subscription service and later turned a lot of them into paid customers.

Nail a subscription launch at the beginning, and you’ll reap the rewards for a very long time. That’s why having a marketing plan using an online contest is essential.

Here are a few ideas on how to market your subscription service through contests:

A lot of businesses tend to stay within the limits of what people think are the best marketing practices. However, those tactics are widely used by everyone and are diminishing in power because of that.

If you want your product or business launch to be successful, if you want to grow your business and get new leads easily, you have to get creative. Like using the power of word of mouth to take the news about your new launch on all sides of the internet.

Creativity is key. You just have to use it.