Now that the Christmas season is upon us, it’s the perfect time to coordinate a holiday-themed giveaway. Launching an online contest is a fun and easy way to get your audience into the holiday spirit, but more importantly, it can do wonders for boosting your brand’s following and engagement.

If a holiday contest is on your end-of-year agenda, there’s a lot you can do to make the campaign a success… but there’s also a lot you can do to run it into the ground. While your vision might be on-point, making mistakes with the follow-through can keep you from achieving your goals for running the contest in the first place.

Even one silly mistake with your Christmas contest can feel as if you’re getting a pile of coal in your stocking instead of that present you truly wanted. To keep that from happening, we’ve compiled this list of the most common mistakes to avoid when running a holiday-themed contest:

So without further ado, let’s find out how to avoid these mistakes and what to do instead. 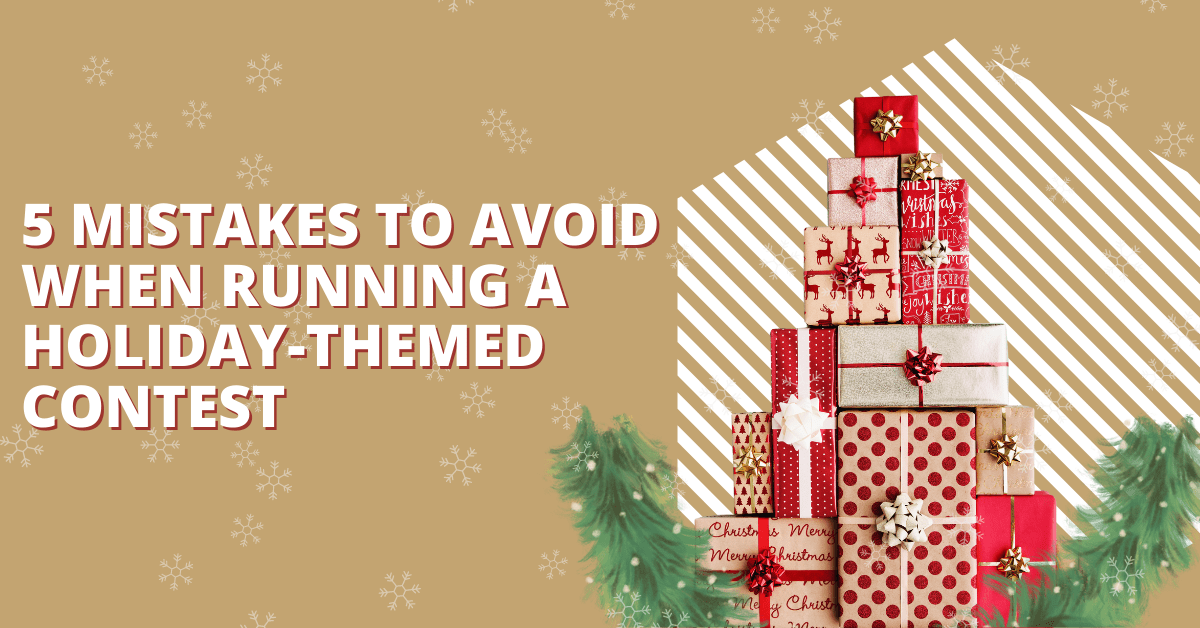 1. Launching the Contest Too Late (or Too Early!)

As with any viral contest, timing is everything. Even the most brilliant Christmas contest ideas have failed because they were launched at the wrong time.

Using Christmas as the theme for your upcoming giveaway is a great idea, but that doesn’t mean you should launch the contest on Christmas Day or Christmas Eve. Even the most avid social media users are often off the grid on major holidays to spend time with friends and family, so if you want your contest to be seen, December 25th is NOT the day to do it.

Starting the contest too late isn’t the only mistake that’s related to timing; launching it too early can be just as detrimental. Promoting a Christmas-themed contest months before the 25th just doesn’t make sense, so our first tip to you is to be smart about your timing.

To avoid this mistake, it’s best to start your contest planning early. That doesn’t mean launching the Christmas contest in October or November - just start thinking early on about the process, your goals, and how you want the campaign to run.

For most holiday-themed contests, the ideal start date is 2 weeks before Christmas, but this is just a general rule of thumb. If you’re running a 25 Days of Christmas campaign, then you’ll obviously need to make December 1st your contest start date. 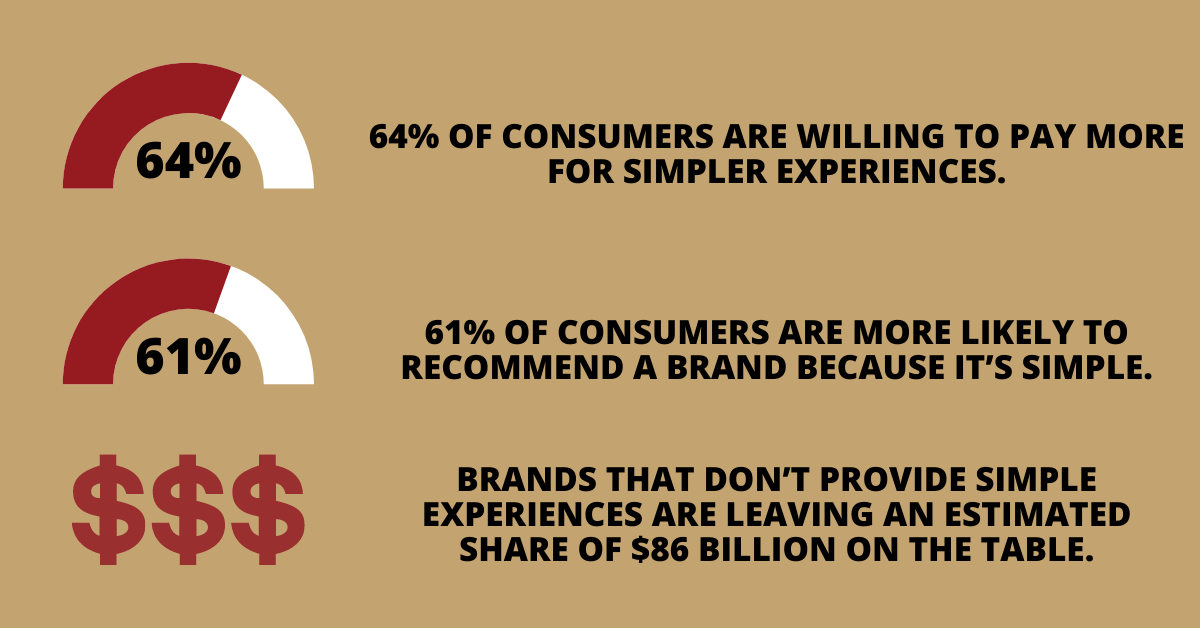 You can even use a prelaunch strategy to get people interested before the contest has even gone live. Prelaunches are a great way to get your audience engaged and excited prior to the official launch.

2. Giving Out Unappealing or Irrelevant Prizes

Why do most people enter holiday-themed contests or giveaways? To win prizes, of course. Prizes are the lifeblood of any contest, and without them, there would be no reason for contestants to enter.

Choosing prizes that aren’t incentivizing or appealing to your audience is a huge mistake for newbie contest creators. Another mistake is giving out prizes that aren’t at all relevant to the brand you’re promoting, so our next tip to you is to make your prizes appealing and relevant. 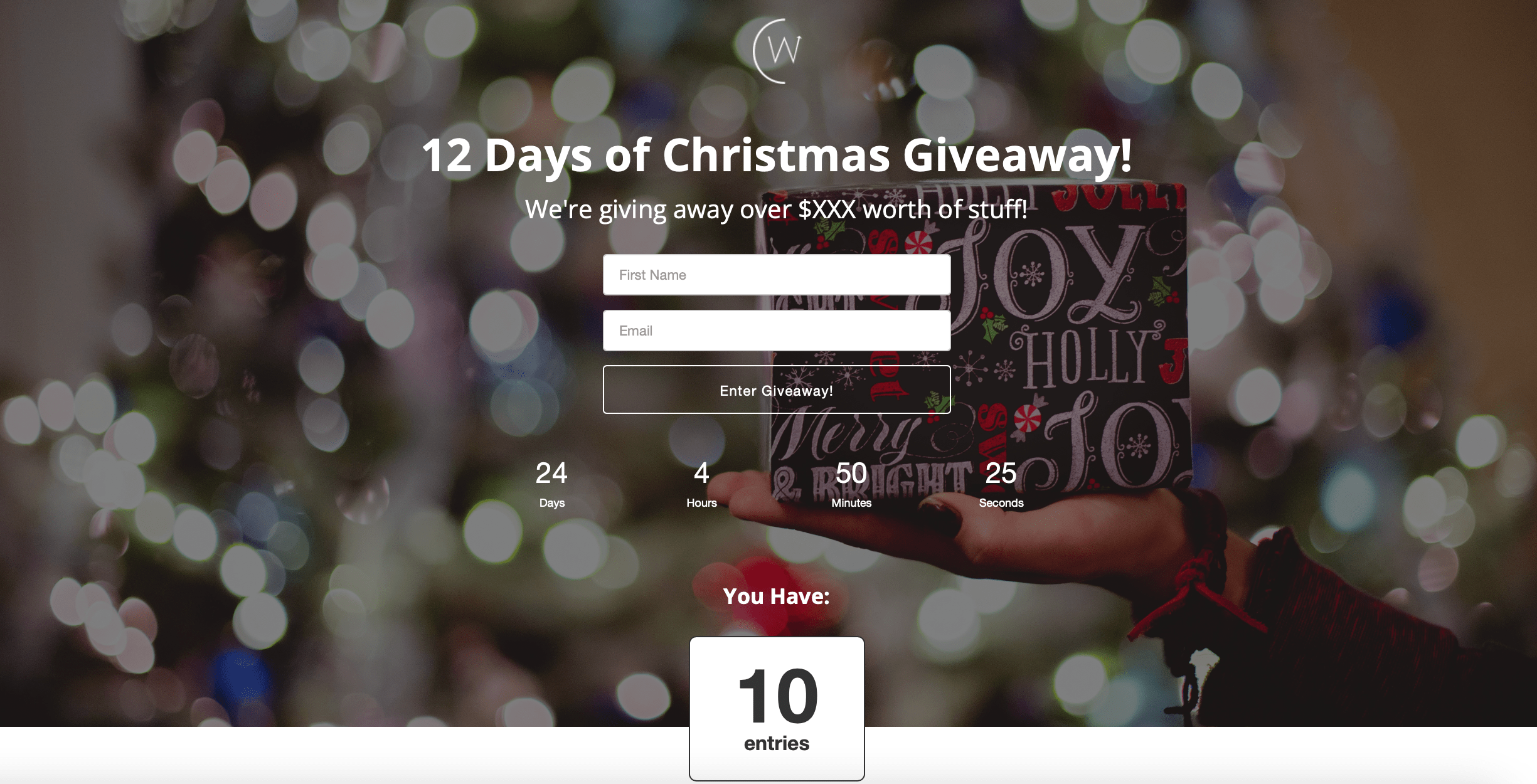 The fix for this mistake is simple. Just be sure to select your prizes carefully, choose prizes that make sense to your brand, and make sure they’re worth the sign-up effort.

If you run a pizza shop, give out a free pizza pie as a prize. If you own a yoga studio, dish out a month-long membership to the contest winner. If you operate an online Shopify store, create a Shopify rewards campaign with prizes that incentivize customers to refer friends and make purchases… You get the gist!

Another tip is to consider the prize-to-effort ratio. If the sign-up process is super simple, then maybe your prize could be an easy-to-use 10% coupon code to your online store. But if it requires a more intensive sign-up process - more on this next! - the prize needs to reflect that effort and offer more value.

While gathering information like email addresses, potential leads, and social media profiles is a big part of running a holiday contest, the steps for getting this information shouldn’t be complicated. Overcomplicating things by making the sign-up process too time-consuming or challenging is a big mistake. Unfortunately, many brands make it.

According to a Siegel+Gale study on consumerism and simplicity, keeping things simple pays off drastically. The study found that:

These stats are based on consumer buying habits, but they apply perfectly to online contests as well. Consumers these days like to keep things simple, and if your contest sign-up process is anything other than that, the end result will suffer. 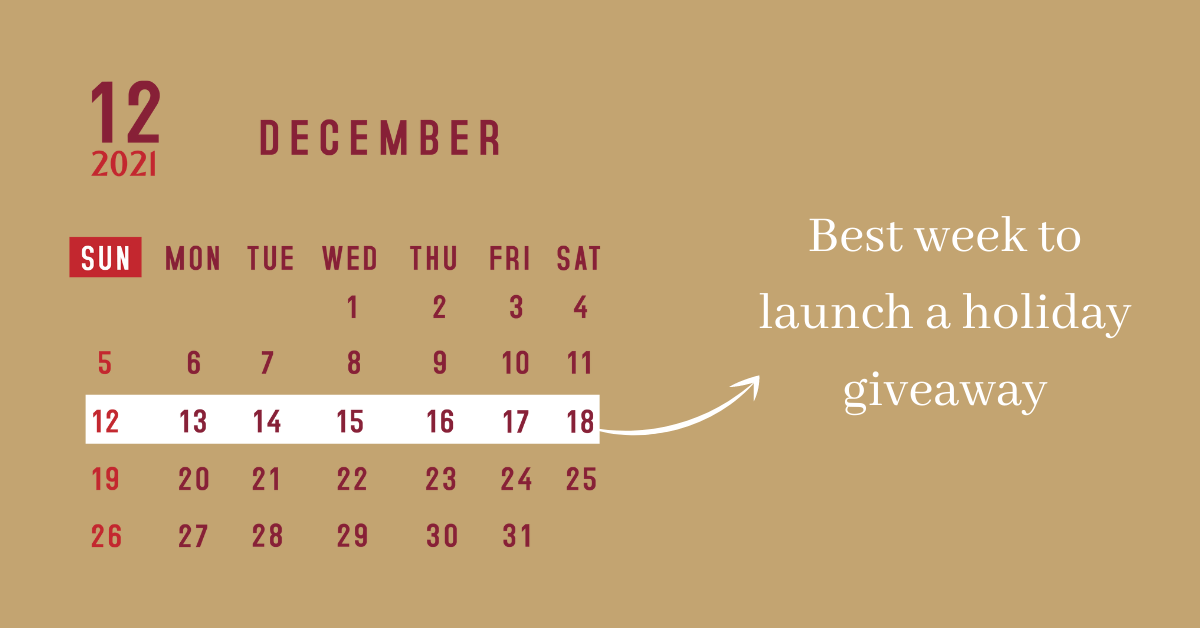 Different types of contests require different steps for signing up, but no matter what your sign-up process looks like, just make sure that it’s not overly challenging or time-consuming. Avoid long forms, huge chunks of text on your contest landing pages, or complicated terms and conditions.

The easiest way to have contestants sign up is to ask for a name and email address - that’s it! You can gather more information later on if necessary, but for now, the main goal is to get people signed up as easily as possible.

This next mistake goes hand-in-hand with the previous one. Overcomplicating the contest rules won’t do you any favors. If potential contestants find the rules to be too much, chances are, they won’t be signing up.

Unfortunately, this mistake is made time and time again, even by major enterprises that aren’t new to running giveaway programs. 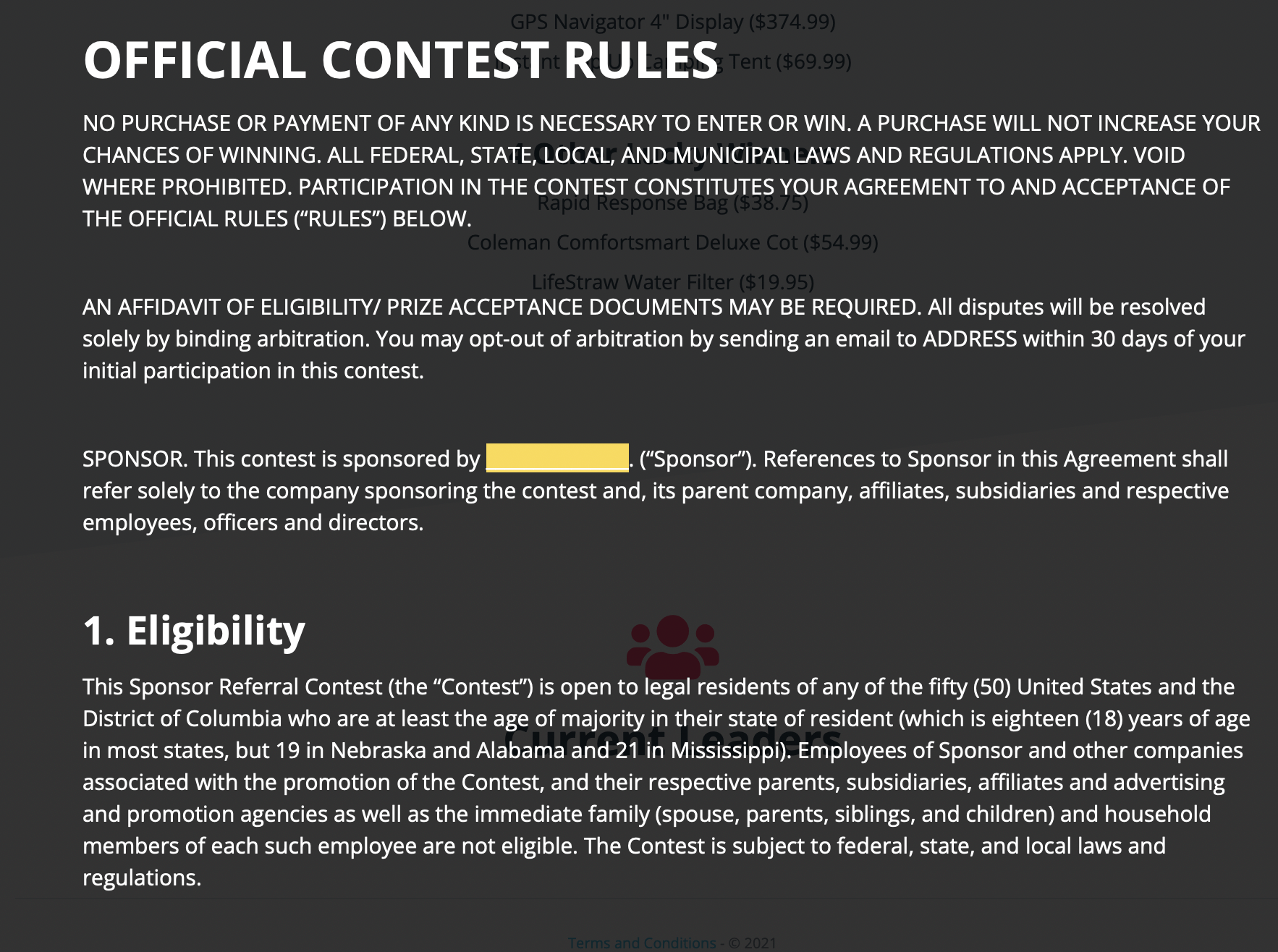 Instead of laying down the contest laws with confusing lingo or a long list of rules, keep things simple! The rules should cover the basics and include things like:

Of course, it’s important to include any other rules that are vital to the contest’s success, but just try to avoid going overboard with the T&Cs.

5. Under- or Over-Promoting the Campaign

Promoting the contest is an important part of the process, but a lot can go wrong when it comes to promotion. On one end of the spectrum, there’s under-promoting, which will result in a lack of engagement and contest visibility.

Many people make the mistake of under-promoting. They put in the work to create an impressive contest with straightforward rules and awesome prizes, but then they completely forget about the marketing aspect. Failing to put in the work to promote the contest typically results in the campaign falling short of expectations.

On the other end of the spectrum, there’s over-promoting, which can be a major turn-off for your contestants. By over-promoting, we mean bombarding your audience with constant emails about the contest or overloading your social media pages with too many updates.

Over-promoting may not seem like such a bad thing, but it can be overwhelming (or just downright annoying) for the contestants. Just imagine receiving 10 emails per day regarding a simple contest you recently entered… You’d be annoyed, too! 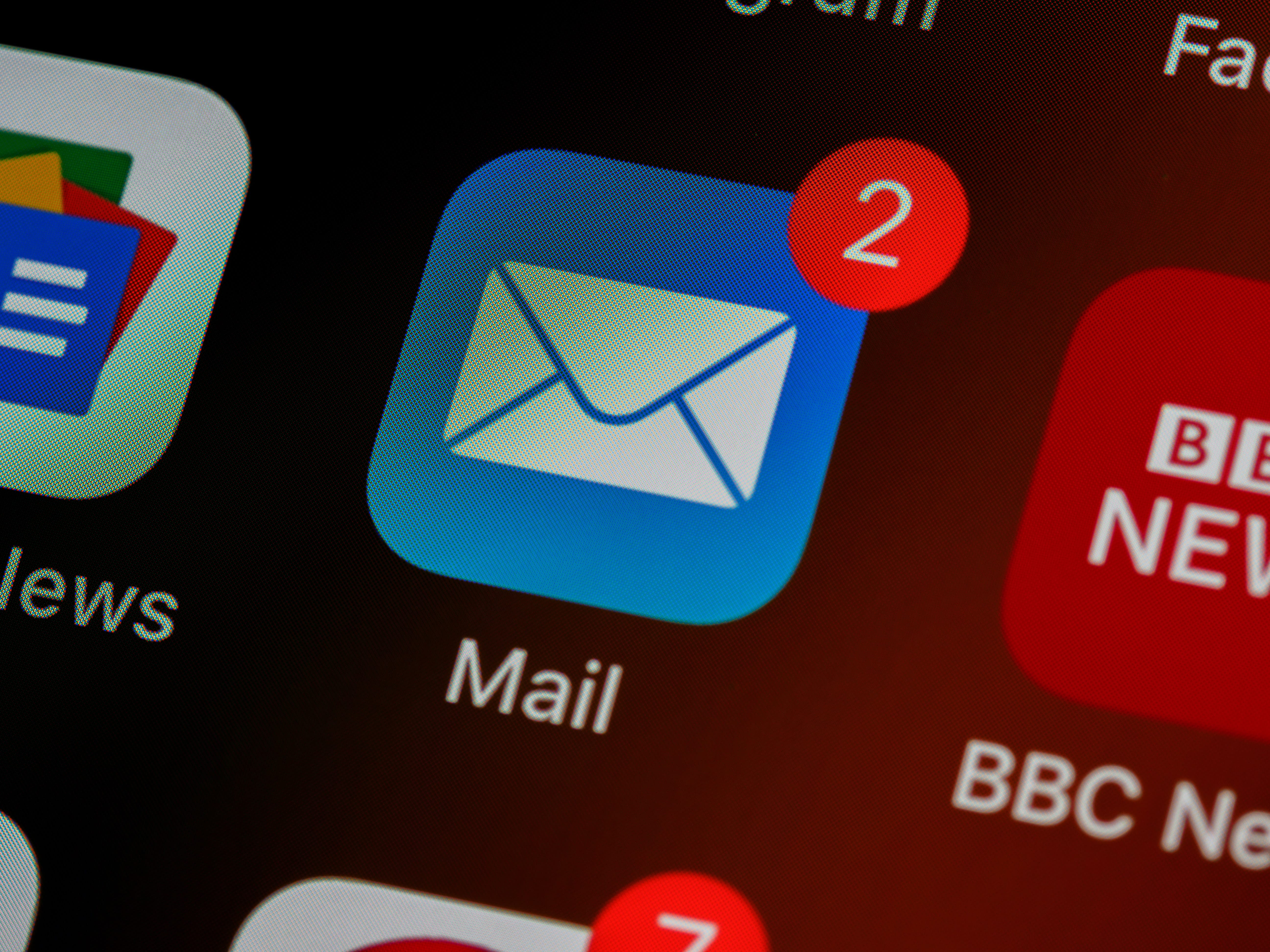 Promoting the campaign is all about finding a happy medium. While you want to keep your audience engaged and increase the contest’s following, there’s a fine line between marketing too little and too much.

You’ll definitely want to announce the contest on your website, utilize your social media platforms, and take advantage of your current mailing list. Focus on promotion on the platforms that are most used by your audience, but don’t go overboard with too many pushy emails or overbearing social media posts.

An exception to the rule of over-promoting is if your contest requires regular reminders. An example of this is a Leaderboard Giveaway where leads earn points to move up a leaderboard by taking certain actions. Sending out regular reminders is a great way to help leads earn more prizes, so it’s perfectly acceptable to “over”-promote in this scenario - but even here, cap it at one reminder per day, at most.

By avoiding these common mistakes, you’re already well on your way to launching a successful Christmas contest. If you want to wrap up the year with more leads, more social media followers, and more brand awareness, this is the perfect way to do it.

For more info on how to launch a contest just in time for the holidays, create your free KickoffLabs account today. No matter what you want your Christmas contest to look like, we provide you with all the tips and tools you’ll need to avoid these common mistakes and create a successful Christmas giveaway.