John was a successful businessman, but he had always been cautious with his money. So when he heard about a new crypto currency scheme that promised huge returns, he was hesitant to join the waitlist.

But despite all of his doubts, John couldn't shake the feeling that this was a once-in-a-lifetime opportunity and they were giving away coins for all the friends he brought along with him. In the end he decided to join the waitlist and ultimately to invest his entire life savings into the company.

At first, things didn't go well. The currency's value plummeted, and John watched in horror as his savings dwindled away. He was devastated, and began to regret his decision to invest.

But then something amazing happened. The currency's value started to rise, and it continued to climb higher and higher. Within a few months, John's investment had multiplied tenfold.

He was amazed and overjoyed. His gamble had paid off, and he was now a millionaire. He couldn't believe his good fortune, and he thanked his lucky stars for the opportunity that had come his way.

John never forgot the risks he took, and the faith he had in the journey that all started with a simple waitlist. And he spent the rest of his days enjoying his newfound wealth and the freedom it brought...

Gather the crowd around your next crypto or NFT launch with this waitlist template featuring a simple header, waitlist mechanics, and feature description. 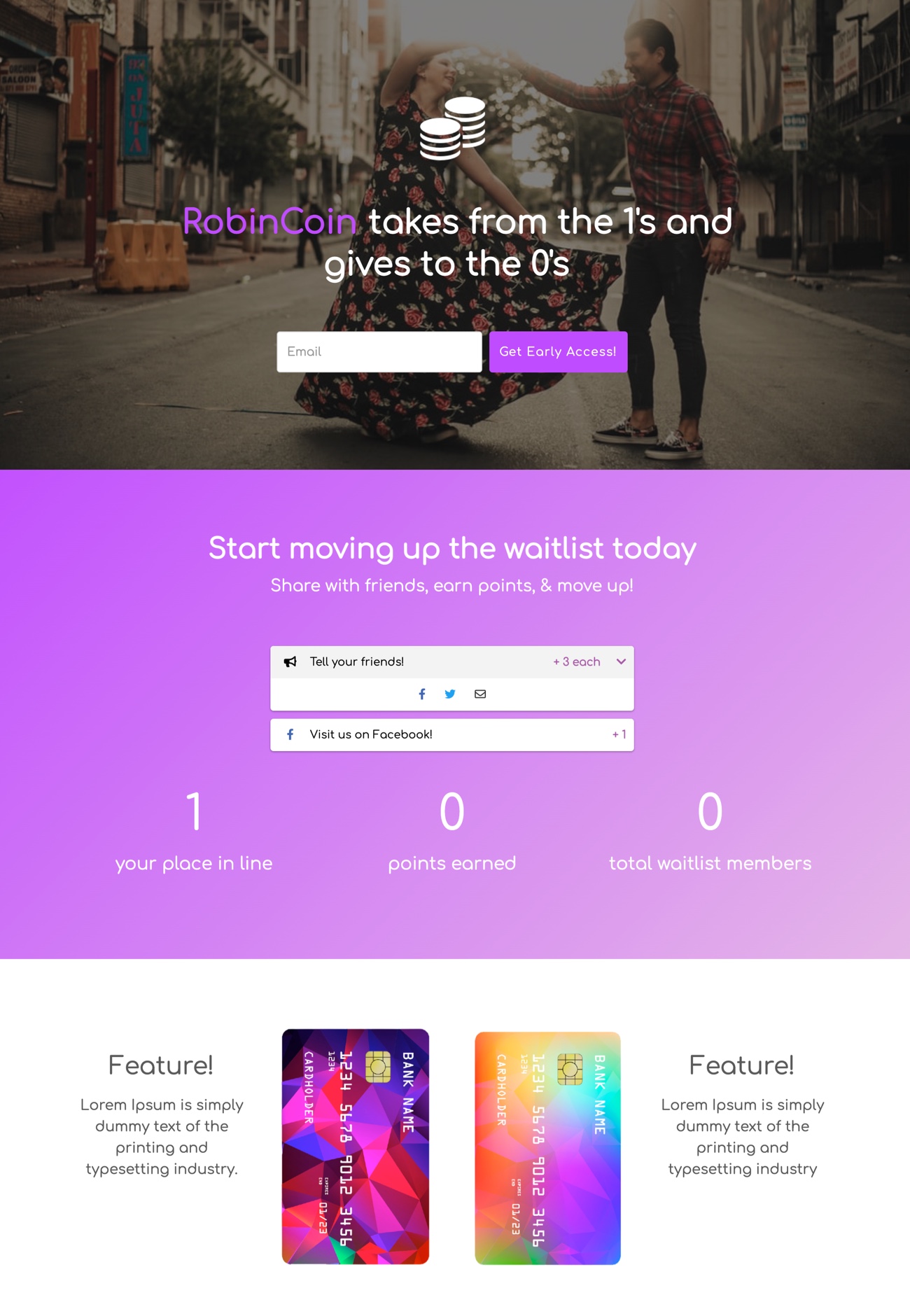 Customize Landing Pages for Your Contest

This landing page template is just a starting point for your campaign in our drag and drop designer. You can easily swap in your brand copy, images, fonts, colors, etc. Go further by adding entirely new content, sections, or contest elements to your contest landing page. Learn more.

Generate word of mouth for a new product, service, or store launch by encouraging people to move up the waitlist by taking social actions.

These templates include a leads position on the waitlist, the total count of people on the waitlist, and actions they can take to earn points and move them up the list, such as referring friends.

Foster engagement by having leads earn extra points or entries in the contest by taking several actions. Examples of scoring actions would include referring friends, visiting your store, making a purchase, or following you online. Learn more.

We'll host your contest landing pages that can be published to your custom domain and URL with a paid KickoffLabs plan.