Do you sell to VCs or customers?

As an entrepreneur you have choices. You get to choose how you spend your time. Do you want to spend it selling to VCs or selling to customers? 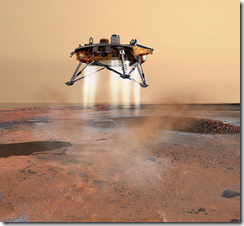 This is not an insignificant amount of time we are talking about.  I’ve only dabbled, but what I’ve learned is that the average time spent seeking funding is 6-9 months and the outcome isn’t certain. You could spend 6-9 months of your life pitching, refining, and repeating to come back with zero new customers and no money.

Why would you do that?

There are several reasons you would sell to VCs before customers.

No investor wants to build a 2-4 million dollar/year company. They want Facebook, Google, or Dropbox exits. They want to see that there could a billion dollars in it for them.

You have less than a 1% chance of getting funding and then a MUCH smaller chance of becoming Facebook.  You’ve got better odds on your own. But if you buy scratch tickets every day then it could be for you. It’s the new American dream right? Someone has to fund the school system.

You need capitol to acquire a skill you don’t have

Why are you betting your life on a market that requires a skill you don’t have? Stick to what you know or get an education first. At least then you’ll know what you need to look for in a hire.

You can’t sell to the customers you want

I know some founders that are excellent at selling to rich people and wanna-bee fortune tellers. They can’t execute to the point of shipping and they can’t sell it to real customers… but damn can they sell rich people on powerpoint.

I’m jealous, but sometimes I think these people would be better off building product like private jets for dogs. They are already skilled at winning over people with loose wallets. Sell what you know best.

The VC media elite will get you coverage wherever you want. They love spending money so they can fund parties at SXSW in the name of growth. In this case you didn’t want a business. You wanted fame. Move to hollywood and start taking acting lessons. You’ll need them for the board meetings.

You need the connections

No doubt. People that control money are generally well connected. This is probably the second best legitimate reason to go after some funding.  You’ll get put in touch with people and mentors that you may not have had access to before.

But if it’s connections you are short on then consider that there are alternate paths. Incubators are now common place with great mentors. The even better news is that most incubators list who these mentors are. If they are smart these mentors will generally take the time to meet anyone with a good idea whether or not they got into the incubator.

You are building a fucking rocket ship to mars

Be honest with yourself now. Are you building a rocket to mars? There are some visions that truly need a lot of money to get off the ground.  Rockets to mars. Cures to cancer. Robots that changes diapers.

These are visions that move humanity forward and probably need a few million dollars on day one.

Your “platform” that improves customer satisfaction with brand advertisements on Facebook or helps people peddle crap at 50% off every day… That’s cool. I like Facebook and I love saving money… but it’s not a diaper changing robot that cures cancer while building the fucking martian lander.  You don’t need money.

You just need to sell to 100 customers and start building revenue.

That’s the beauty of it. You’ve decided that you are going to be an entrepreneur. There are several paths to success.

If you like spending your time in powerpoint learning how to proposition rich people you might get money for it in 6-9 months.

If you like solving problems and learning about your customers so you can solve even bigger problems you might build a real business. But you probably want see you name in lights. No one writes about the non-VC companies that make up 80% of the economy and the 99% of entrepreneurs that don’t get funding.

Does this mean you aren’t looking for funding?

I’d be dumb not to take someone’s money on terms that work out for us. But I’m not going to dedicate 6-9 months of my life begging. I’ve got customers to satisfy.

If you liked this post then you will love the video that inspired it. A YouTube classic…